COVID variants and vaccination: A race against time 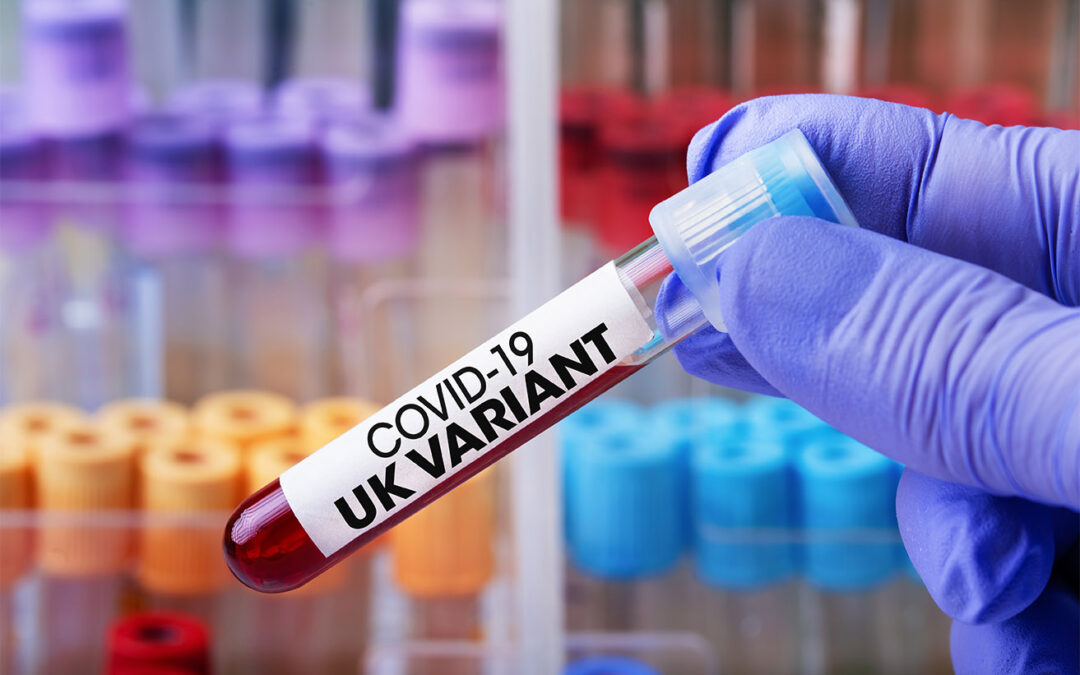 The COVID-19 pandemic has reached its first-year anniversary in recent days. With sad milestones such as almost 3 million deaths and far over 100 million reported infections, we are just starting to process the dire consequences this disease has not only on our personal freedoms but also on our mental health.

Europe in particular is struggling with reoccurring waves of infections apparently driven by evolved virus strains that show increased transmissibility and fatality.

However, scientists and politicians are optimistic to end this pandemic in the next few month with the approval of new vaccines and increasingly fast vaccination campaigns at least in the developed world. While there are many reasons to be optimistic, we have to acknowledge the challenges ahead of us caused by virus evolution.

Many viruses evolve and infect humans

Viruses are selfish genetic elements that jump from host to host by replication and infection. Exposure to viruses throughout human evolution has shaped powerful defence mechanisms that protect us from many pathogens. Additionally, past infections leave a memory that protect us from reinfection with the same or similar virus in the future. This innate and adaptive immune response towards viruses is essential in preventing infections in the first place or fend off viruses without suffering long-lasting harm to our bodies. However, viruses crossing the species barrier from animals to humans are a particular threat to individual and public health. Viruses are often species-specific and rely on molecular structures found in a particular animal or humans for replication and infection. However, some viruses can evolve to infect multiple species. Our defence lines are often less prepared to fight off infections from unfamiliar pathogens, which can leave us with permanent damage or even death as a result. Famous examples are the Ebola virus, which has a potential reservoir in bats, or HIV, which is believed to have jumped to humans from chimpanzees. Similarly, SARS-CoV-2, the virus responsible for COVID-19, likely originated in bats.

Some mutations can have an impact on our immune response

Many viruses mutate during their replication process within host cells due to copy errors in their genetic material. If large numbers of people are infected, the possibility of mutations increases due to the total number of copying events. Most of these errors result in disadvantageous characteristics which will prevent further spreading of this particular virus variant. However, if by chance, a helpful mutation is acquired, it can have a massive impact on the trajectory of a pandemic: Mutations can for instance increase the transmissibility of a virus, thereby increasing spreading within a population. Additionally, mutations can result in changes of the molecular shape of the virus so that our bodies cannot recognise the pathogen as efficiently anymore even if we have been infected previously and should have acquired immunity, a process called immune evasion. This is in particular problematic during this pandemic: Since most of our hopes rely on vaccinating the whole human population against SARS-CoV-2, our success in containing the pandemic is highly dependent on our bodies’ ability to recognise COVID-19 infections.

When SARS-CoV-2 was first sequenced in Wuhan last year, companies and universities started to design their vaccine candidates based on the initial sequence identified over a year ago. However, the emergence of concerning mutations in dominant strains in recent months has resulted in many studies that try to assess the effectiveness of our 1st generation vaccines currently distributed on large scale all over the world against evolved versions of the initial virus variant.

At the moment there are three particularly concerning virus variant circulating in different locations world-wide.

The B.1.17 variant first found in the UK (UK variant), the Brazil variant P.1, and the South Africa variant B.1.351. All three virus strains have multiple changes in the spike protein that interacts with the ACE2 receptor found on many respiratory cells in humans, which is believed to mediate cell entry (Figure 1). Multiple studies suggest that especially mutations found in the receptor binding domain (RBD) of the spike protein are associated with increased transmissibility possibly mediated by increasing the affinity of the RBD to ACE2. Mutations in the amino acid sequence not only have an impact on the behaviour of the virus but also affect its shape. Antibodies produced as a result of infection or vaccination are highly selected for this shape and are only functional as long as the target structure is similar to the initial structure used for selection.

Therefore, changes in the virus shape can decrease our ability to fight infections in the future. In fact, a recent study showed that the South Africa variant was able to re-infect patients previously infected with an earlier strain of the virus1. However, the impact of the most concerning strains on immune protection in vaccinated people has not been assessed systematically yet.

A recent report confirmed that antibodies raised against an early strain of SARS-CoV2 (Victoria strain) are less effective in neutralising all three virus variants2 (Figure 1). Interestingly, while the neutralising properties of antibodies towards the UK and Brazil variant was only moderately reduced, 2.9-fold and 3.1-fold respectively, neutralisation of the South Africa variant was over 13-fold reduced suggesting at least a partial immune eversion. However, how precisely these measurements translate to actual protection from severe or moderate infections in people previously infected with an early strain remains to be explored.

Figure 1: Protection against reinfection with virus variants could be decreased

The same study investigated the ability of antibodies produced in vaccinated people to neutralise the different virus variants (Figure 2). Antibodies found in people vaccinated with either the BioNTech/Pfizer or AstraZeneca vaccine showed drops in the ability to neutralise virus variants. Most notably, while the UK variant, which is the dominant strain in Europe at the moment, was admittedly neutralised less effectively compared to the Victoria strain, the Brazil variant showed a much stronger decrease in neutralisation ability, again indicating potential immune evasion (7.6-fold and 9-fold reduction in neutralisation for Pfizer and AstraZeneca respectively). Initial clinical studies partially support these findings: The AstraZeneca as well as the Novavax vaccine demonstrated protection from the UK variant3,4. However, protection against the South Africa variant was reduced in both people vaccinated with vaccines from Novavax and Janssen but still showed >50% protection5,6.

A) Comparison of neutralising serum titres (FRNT50) between Victoria, UK (B.1.1.7), Brazil (P.1) and South Africa (B.1.351) strains using serum of people vaccinated with BioNTech/Pfizer. P values show significance (Wilcoxon matched-paired signed rank test) and fold changes in neutralisation are indicated (relative to Victoria). B) Same as A) but using serum of people vaccinated with AstraZeneca. (Modified from Dejnirattisai et al., 2021).

We have to keep up with virus evolution

The emergence of potentially more harmful virus variants that might evade immune protection acquired either by past infection or vaccination is not surprising. The higher the number of infections, the faster the evolution of this virus and the higher the possibility that a variant emerges that can evade immunity. This illustrates the need to vaccinate as many people world-wide as fast as possible and also the need to contain the virus with classical strategies such as lockdowns. Companies have already started to develop 2nd generation vaccines with the intention to induce immunity against emerging variants. It is possible that we will have to update our COVID protection in regular intervals to keep up with changes of the virus sequence, something we are already familiar with in our strategy to containing the flu. However, our best protection is to reduce the opportunity for mutations to occur in the first place by keeping infection numbers low everywhere and vaccinate everyone because: No one is safe until everyone is safe.