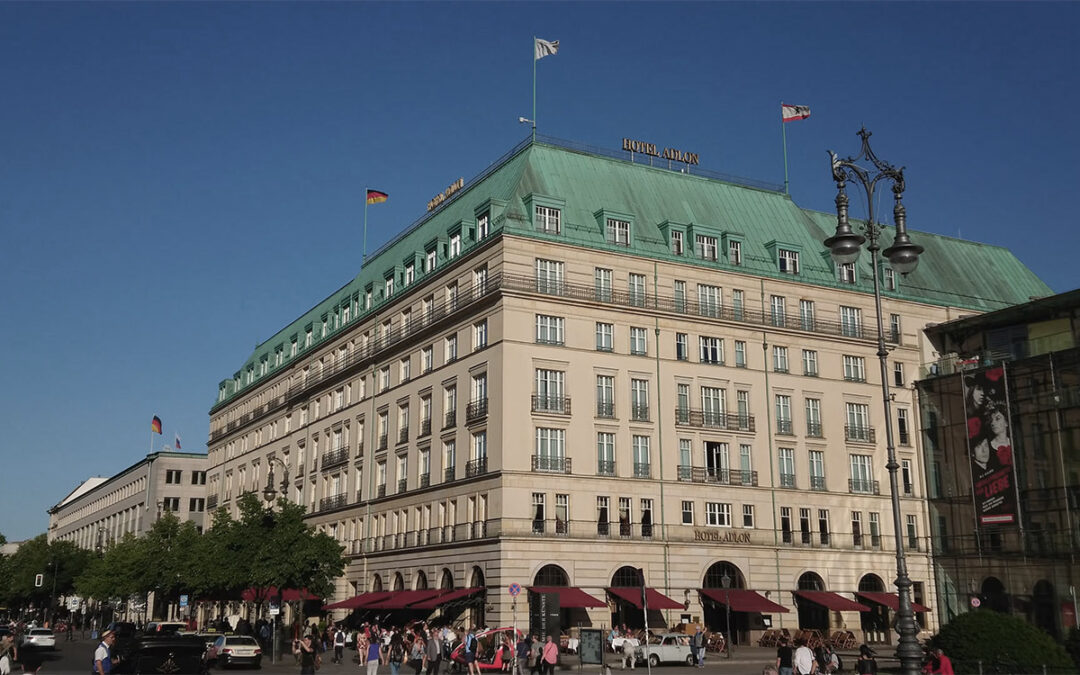 The first instance court of the European Union (EuG) in Luxembourg dismissed a complaint of the sanitary products manufacturer Kludi on Wednesday, which wanted to sell bathroom fittings under the brand „Adlon“. (Az: T-144/19)

Shortly after the turn of the century, Lorenz Adlon built in Berlin the luxury equipped Nobelhotel Adlon. With Kaiser Wilhelm II, who visited the hotel in 1907 and found more luxury than in his residence, he had a wealthy regular customer from then on. The Adlon became the center of social life in Berlin until it sank into ruins at the end of the 2nd World War. With the new building, which was opened in 1997 and is based on the historical original, the hotel has once again caught up with the class of international top hotels.

– at least that is the opinion of the European Court – to let a piece of the glory of this name rub off on completely different things. According to the ideas of the Sauerland sanitary manufacturer Kludi, the name ADLON was to be used in future to market taps and sanitary articles. Who cares if the brand conveys the nostalgic furnishing style of the early 20th century?

But then the applicant had made the calculation without the landlord.

In this case, this was Adlon Brand GmbH, which manages the extensive brand bundle of Adlon-Kempinski GmbH. The latter did not want the foreign trademark (EU 011115961), which Kludi had already applied for in 2012 for bathroom fittings, among other things, to profit from the reputation and appreciation of the luxury hotel without any consideration. However, with no success.

The EC has now confirmed the preliminary decision of the EUIPO and refused to register the trademark. The decisive factor was the fact that ADLON is to be regarded as a famous trademark whose scope of protection clearly extends beyond the goods and services applied for. The court considered it proven that there was an inadmissible exploitation of reputation. The objection that Adlon had not sufficiently demonstrated the reputation of the trademark was considered by the court as not proven. After all, the applicant himself had wanted to profit from exactly this reputation. Kludi can still appeal against the decision to the ECJ.